The Engineering and Architecture Division of the Ateneo de Davao University was created in response to the growing needs of the time. The first technology course offered was chemical engineering which was originally under the Natural Science and Mathematics Division on the School Year 1978-79.

Times had been changing and the demands for varied engineering expertise is also increasing. For this reason other programs relevant to the times were opened: electronics and communications engineering on 1997 and architecture on 1998. In SY 2010-2011, the Board of Trustees approved the creation of the School of Engineering and Architecture and appointed its first dean, Dr. Randell U. Espina.

Engineering as a Field of Study

Engineering is the process in which knowledge gained by study, experience, and practice is applied with judgment to develop ways to utilize, economically, the materials and forces of nature. An engineer tries to create cost-effective solutions to practical problems by applying his learnt scientific knowledge and methodologies, in the service and for the benefit of humanity.

Architecture as a Form of Art

Architecture is the art and science of planning, designing, constructing, renovating,altering and providing general administration to the erection of vertical structures such as residence, building, monuments, and the like, giving utmost concern to the function, strength, and aesthetics.

A premier Catholic school for engineers and architects formed by Filipino Jesuit teachings as models of excellence, competence and character for the global arena.

To promote excellence and passion for knowledge through holistic instruction anchored on the Ignatian spirit while providing the appropriate setting for industry-relevant research and community service performed in the Filipino Christian tradition. 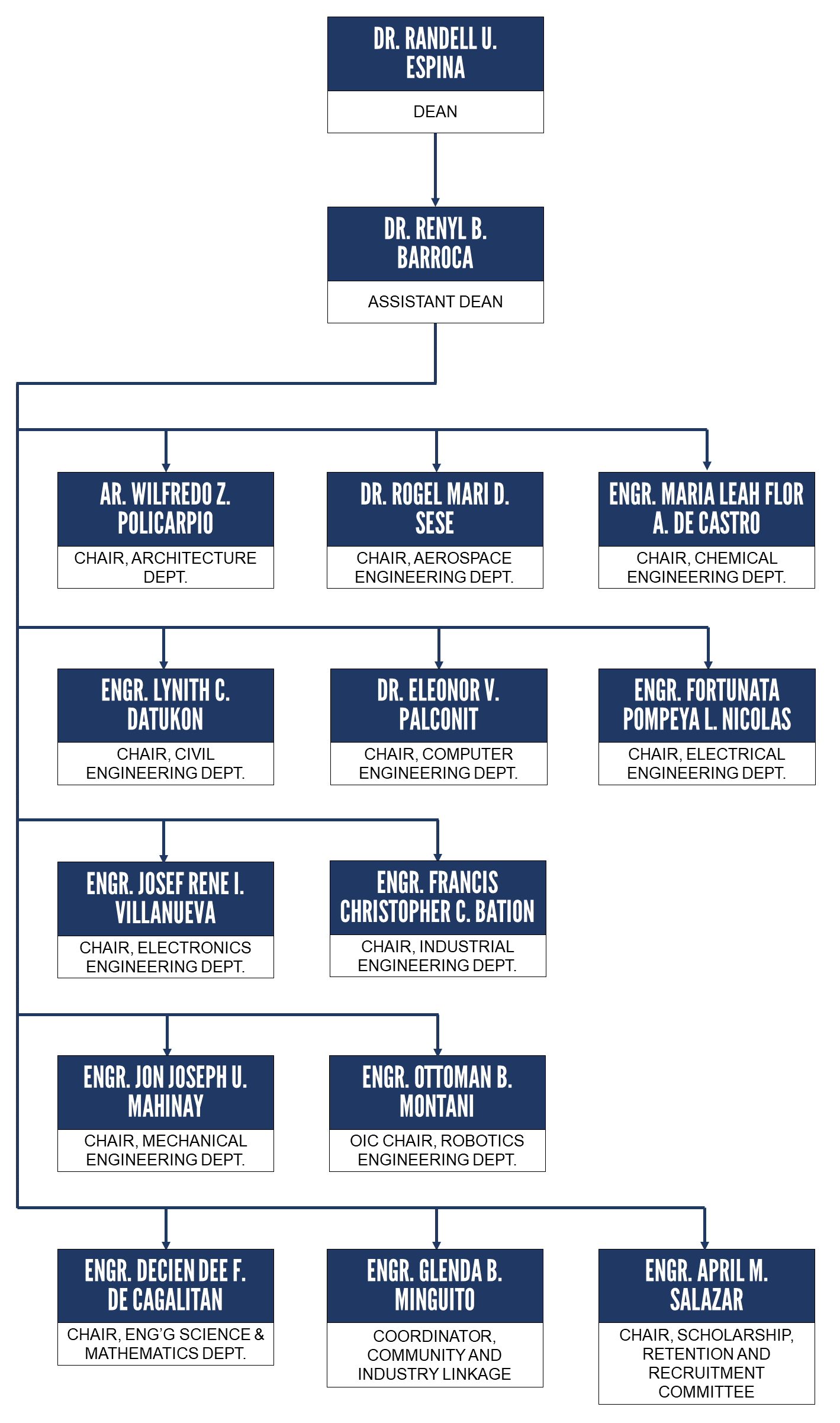